Erik the Red's Land - The Norse in South Greenland

Over a thousand years ago, a group of Norsemen led by Erik the Red, left Iceland to find a new place to live. They arrived in southern Greenland and Erik named the country, Greenland. Today you can still see the legacy of the Norse era in South Greenland.

He was likely called Erik the Red because of his red beard and hair, but also because of his fiery temper. Born in Norway, he moved to Iceland as a child with his family, after his father was exiled for murder. In Iceland Erik settled down and married a woman named Tjodhilde. In time, Erik’s combative nature got the better of him, and he was outlawed for 3 years for some killings.

It is written in the Icelandic sagas that Erik the Red therefore sailed west in 982 to find a new place to live. He set off with his family and closest associates and discovered a land with an inviting fjord landscape and lush, green valleys. He was impressed with the natural resources he found there. He spent his 3 exile years exploring this the new land and then returned to Iceland to tell about "The green land" he had found. In this lush new land, the Norse could continue life as farmers as well as fish and hunt seals in the deep fjords.

The Norse Settle Down

He now had the motivation to go to Greenland again, this time with a large retinue. In 985 he sailed once more from Iceland, but now with a fleet of 25 ships heading for Greenland. On board there were about 500 men and women, plus livestock and everything it took to create a new life and community. Of the 25 ships, only 14 arrived, with the other 11 vessels lost at sea.

Erik the Red settled by Eriksfjord in South Greenland, not far from the current Qaqortoq (Julianehåb), and established the chieftain's seat Østerbygden (East settlement) at Brattahlid (now Qassiarsuk). Others continued further north and founded Vesterbygden (West settlement) in the fjord near present day Nuuk (Godthåb).

They established enterprising agricultural communities with many surrounding farms. Thus, Greenland was inhabited by the Norse Vikings, and the community flourished for several hundred years. 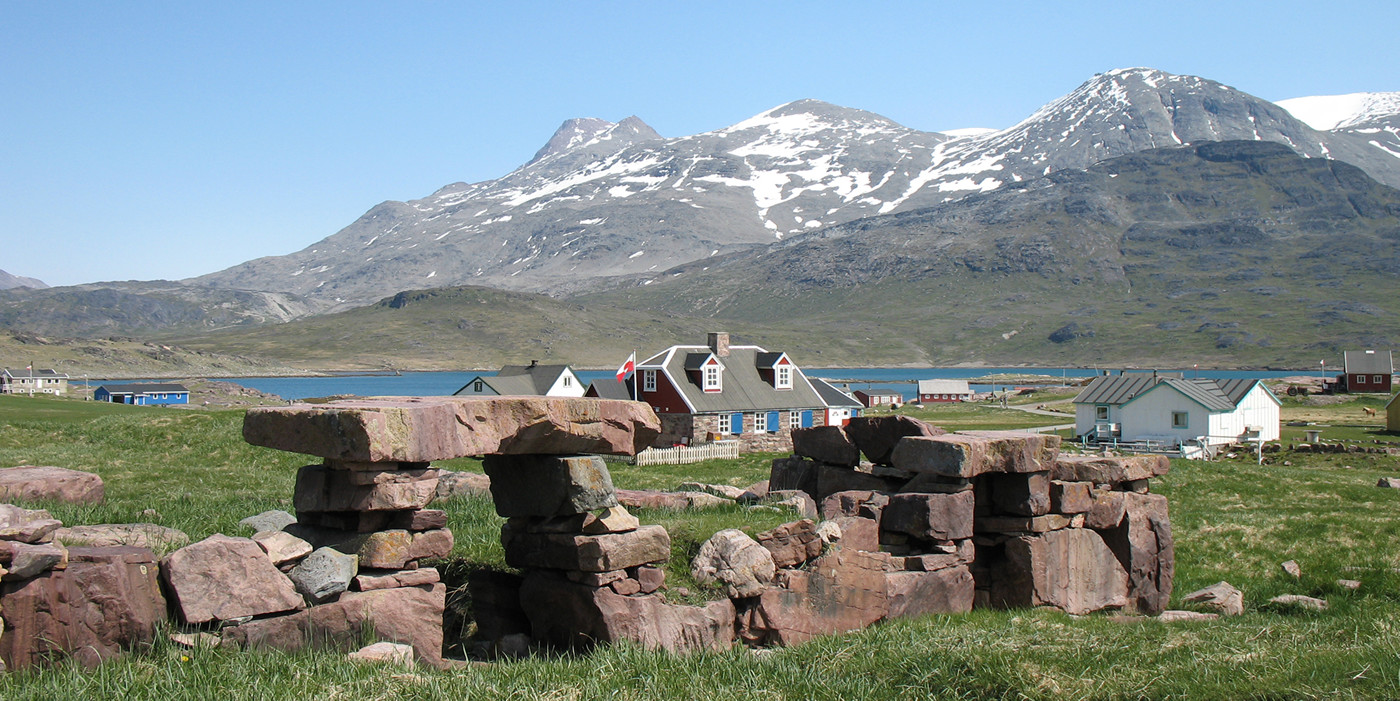 The Norse in Greenland

Over the following centuries, more settlers arrived from Iceland and Scandinavia. They settled in the areas from Cape Farewell in the south, all the way up the west coast to Nuuk fjord.

Many artifacts from the Norse period in Greenland have been discovered at the sites of several hundred farms, churches and monasteries. These artifacts have provided archaeologists with knowledge about daily life over the almost 500 years that the Norse lived in Greenland.

The Norse were combative Vikings, but they were also peasants, farmers, hunters and fishermen. They inhabited Greenland until some time in the 1400s and created the basis for an agricultural tradition that is today one of the cornerstones of everyday life in South Greenland.

However, at some point in the 15th Century, they disappeared from Greenland. What became of the last Norse Greenlanders remains a mystery. 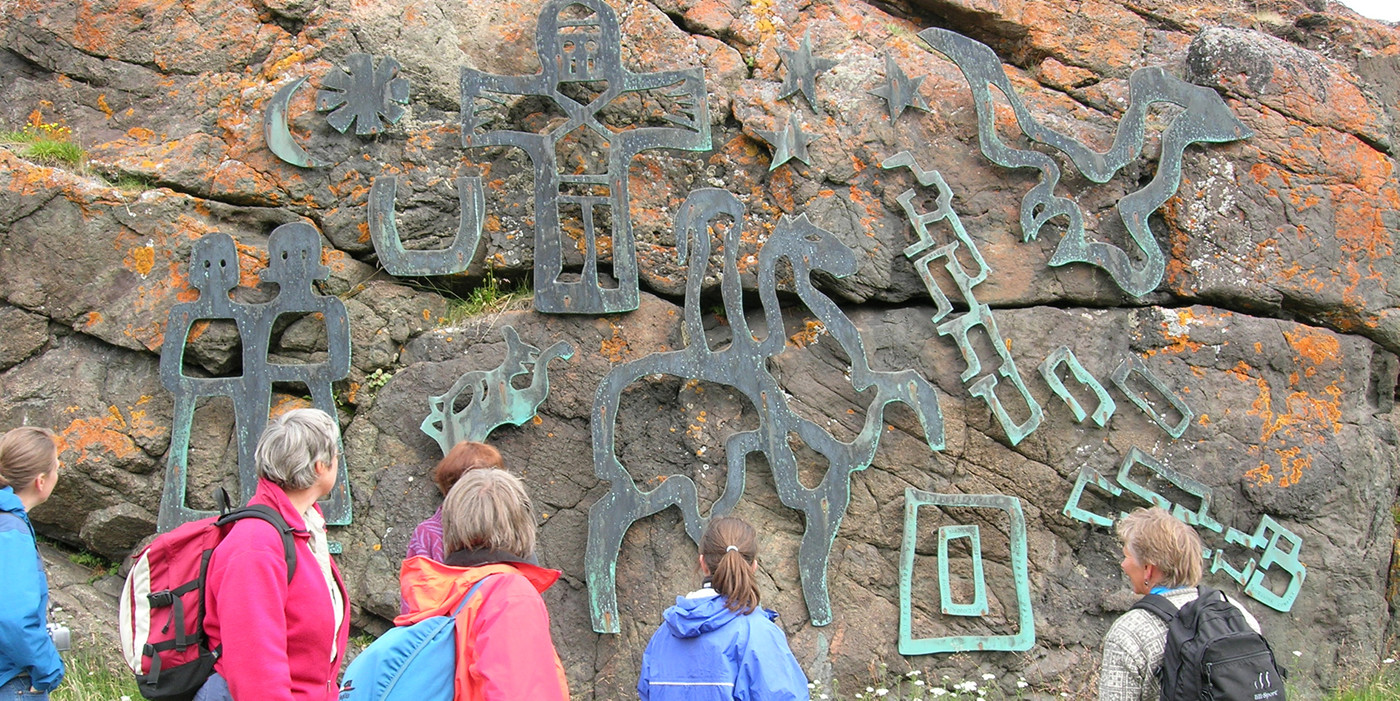 The landscape in South Greenland is characterised by blue icebergs and green, soft hills, which are broken by fjords and pointed mountains. Compared with the rest of the country, towns and settlements are relatively close here, and sheep farms are spread over most of the area.

Sheep farming, cattle farming and agriculture are still the most important main occupations, and this is unique in Greenland.

The landscape is characterised by the interesting ruins from the Norse presence in the area, which visitors can see as they travel around.

The ruins from Erik the Red's settlement Brattahlid, are located by the small sheep farm called Qassiarksuk. In the summer of 2000, Erik’s longhouse and his wife Tjodhilde's church were reconstructed. Visitors have the opportunity to see these beautiful reconstructions up close, as well as a statue of Leif the Lucky (Leif Eriksson), son of Erik the Red.

Not far from the town of Qaqortoq are the well-preserved ruins of one of the first Christian churches, Hvalsey. It stands as the most intact example of Norse stone architecture in Greenland. A Gothic window section with a pointed arch and a triangular paving stone indicate classic church construction of high standard.

The village of Igaliku is today a sheep farm with only 27 inhabitants. Here in 1124, the Norse founded a bishopric called Gardar, which functioned until the 14th Century. In 1926, the ruins at Gardar were excavated.

Narsaq is a relatively young town, which was laid out as a trading post in 1830. Here too there are Norse ruins, located on the outskirts of town by the harbour. There is a small museum where visitors can learn more about the local Norse history. 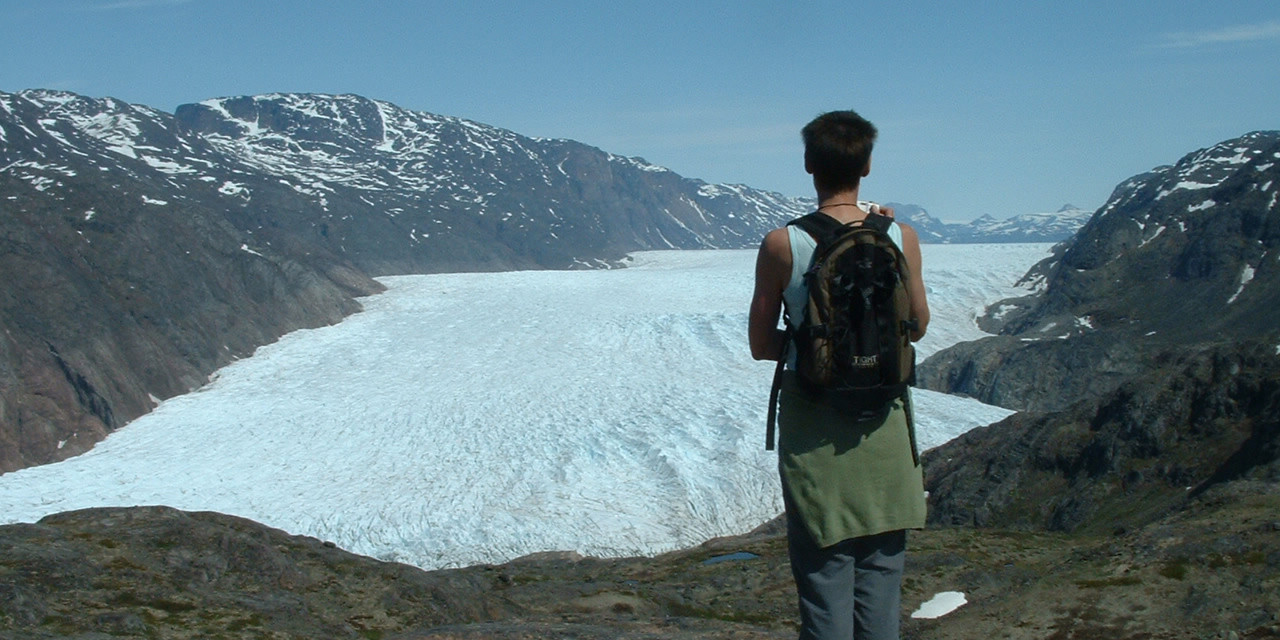 Over the last 1000 years, the Inuit and Norse culture has helped shape the South Greenlandic people, where Norse ruins sit side by side with flourishing Greenlandic farms. South Greenland today is an area where enterprising modern agriculture, sheep farming, vegetable production and tourism constitute a significant livelihood.

In 2017, the area of Kujataa in South Greenland was inscribed on the UNESCO World Heritage List, as the landscape contains unusually well-preserved Norse ruins, and the resumption of farming using modern techniques, which the Inuit began in the 18th Century.

The area consists of five sub-areas in the fjord system around Tunulliarfik and Igaliku Fjord and represents the most rich and magnificent examples of Norse and Greenlandic agricultural culture. A total of 39 registered Norse ruin sites and 5 Inuit ruin sites are located here.