Knud Rasmussen is known in Greenland as "Kununguak", a diminutive form of his name meaning ‘little Knud’. He is best known for his polar expeditions, literary and scientific exploits and his importance to the establishment of the modern Danish-Greenlandic Commonwealth.
Read more about Danish-Greenlandic Knud Rasmussen and his ability to establish ties between Denmark and Greenland

Knud Rasmussen's life's work was to gather knowledge about and disseminate Inuit culture. For a number of years, he explored the Arctic cross-country on a dog sled. He spoke the language and through his familiarity with Greenlandic people, he was able to study Greenlandic culture and myths. His efforts were a strong contributor to Greenland being recognised as part of the Danish Empire and he ensured a common platform for the Commonwealth (the Union of Denmark, Greenland and the Faroe Islands).

Knud Rasmussen was born in Ilulissat (formerly Jakobshavn) in Greenland in 1879. His father was a linguist and priest, and his mother was of Greenlandic descent. He grew up in Ilulissat, where he went to school and spent his childhood. He had Greenlandic friends and became familiar with the Greenlandic language and culture. Knud was an avid sled driver and had his own dog team early in life.

As a 12-year-old he was sent to boarding school in Denmark. It was five years before he next saw his family. Schooling in Denmark offered some difficult years for Knud, who dreamed of returning to Greenland and exploring the Greenlandic people and their way of life. In the year 1900 he met the author Ludvig Mylius-Erichsen. These two young men shared a common enthusiasm for Greenland and to share their adventures with others.

Knud Rasmussen's love for the Greenlandic people, culture and the country became the driving force behind his many years of expeditions. Expeditions that, together with the founding of a trading company, were a strong contributor to Greenland becoming part of the Danish Empire.

The adventure started in earnest in the years 1902-04, where he and Mylius-Erichsen went on the 'Literary Greenland Expedition'. The expedition aimed to describe the country and its people. Here Knud Rasmussen collected myths and legends from Greenlanders living in the far north, and published books and articles about them.

The experiences made such a big impression on him that he, together with the Danish explorer Peter Freuchen in 1910, set up a mission station and trading post in Thule as the starting point for continued activities. The Thule station thus became the starting point for the seven famous Thule expeditions, which took place from 1912 until his death at the age of 54 in 1933.

From the many expeditions and explorations, he collected legends and myths from Inuit peoples right across the Arctic. He conducted thorough scientific studies on the way of life and culture of the Arctic peoples. The studies resulted in the publication of a large number of works of fiction and non-fiction. In addition, from the 5th and most significant Thule expedition (known as ‘The Great Sled Journey’) from 1921 to 1924, he brought home so many objects that the Danish National Museum today has one of the world's most distinguished Arctic collections. For his efforts, Knud Rasmussen was appointed honorary doctor at the University of Copenhagen.

Knud Rasmussen died due to illness shortly after his return from the 7th Thule expedition.

The National Hero of the Commonwealth

With his Greenlandic background, Knud Rasmussen uniquely won the trust and affection of the population wherever he appeared. His relationship with the people of Greenland was certainly aided by his ability to speak Greenlandic fluently, his skills as a dog sled driver and the fact that during his travels, he lived among Greenlanders and Inuit people as one of their own. In addition, he had an amazing empathy for the Greenlanders' way of life and way of thinking, and he quickly won their respect and love.

Knud Rasmussen fought hard to strengthen and preserve the Commonwealth. His knowledge and visions greatly helped to ensure that Greenland was recognised as part of the Danish kingdom. In 1933, he acted as adviser to the Danish government during the international court case in The Hague between Norway and Denmark, where the fate of Greenland was to be decided. A convincing speech by Knud Rasmussen resulted in Denmark's sovereignty over Greenland being affirmed, and the securing of the Commonwealth. 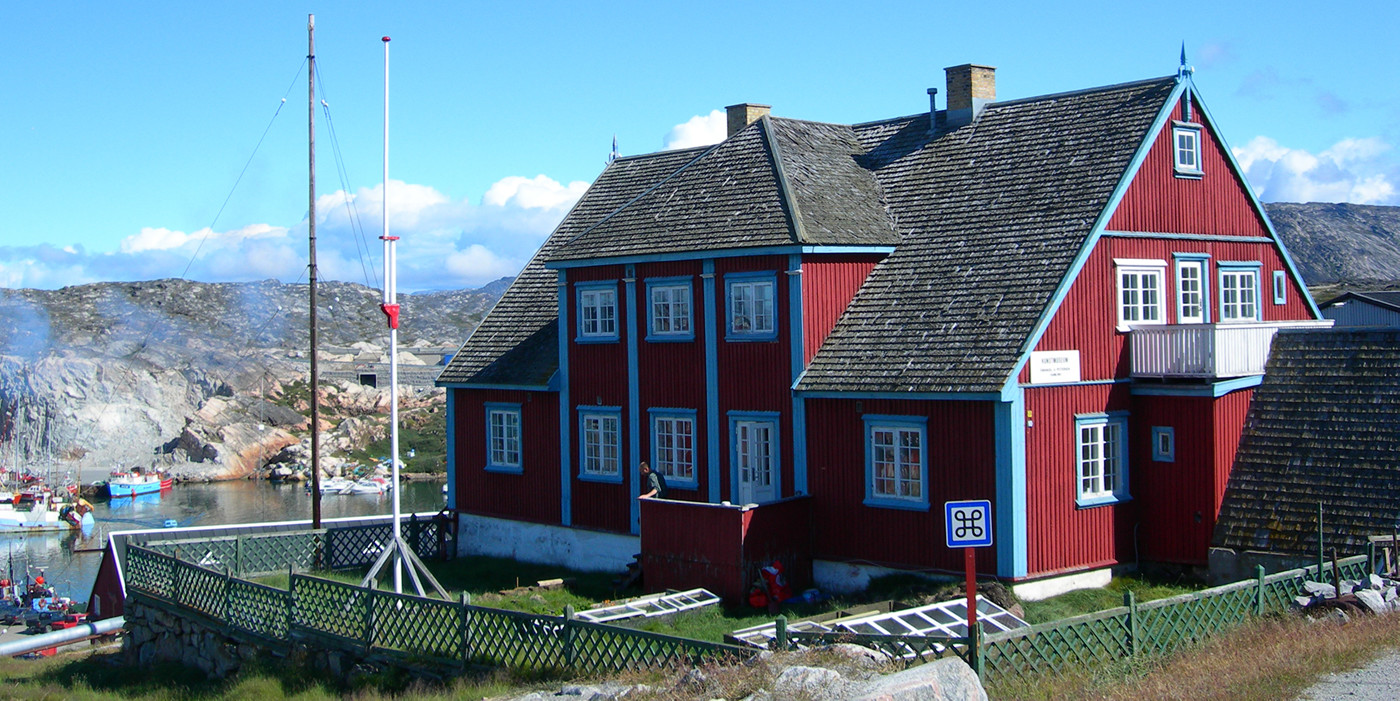 Next to Disko Bay and with a view of Ilulissat's large icebergs stands a stone memorial dedicated to Knud Rasmussen. The statue is adorned with the words “Grønlandske trofaste søn” (Greenland's faithful son). In addition to the breathtaking icebergs for which Ilulissat is world famous, Ilulissat is a culturally exciting city. It was precisely here in Ilulissat that Knud Rasmussen, the great polar researcher and hero of the Commonwealth, was born and raised.

When you visit Ilulissat, we recommend you take the time to visit the Knud Rasmussen Museum, which is located in the polar researcher's childhood home.

The Legacy of Knud Rasmussen

Knud Rasmussen’s influence was significant in the transition from old Greenland to a new modern Arctic society and as a major contributor towards the Danish-Greenlandic cultural community we have today. In addition, he became an important literary voice in Denmark and his work "The Great Sled Journey" has been eagerly read by many Danes.

The many years of close ties between Greenland and Denmark have created close relations between the people of both countries. Many Greenlanders move to Denmark for education and there are many combined Danish-Greenlandic families. One of Knud Rasmussen's most important contributions to education was the introduction of the Danish language as a school subject in Greenland.

If you have the opportunity, it’s worthwhile to visit to Knud Rasmussen's Danish house in the town of Hundested. Located north-east of Hundested harbour in the hills by Spodsbjerg Lighthouse, it’s one of the town's most popular attractions.

The house, which dates from 1917, was the polar explorer's home and workshop when he spent time in Denmark between expeditions. Here he planned his expeditions, worked on his manuscripts, and met friends and colleagues. The house was opened in 1939 as a museum dedicated to Knud Rasmussen and exhibits memories of his life and many great expeditions.

Experience a large area of Greenland on these departures

Experience Greenland on your own on these tours