Greenlandic culture is totally unique. Take the time to visit a local museum, observe the way children play in nature, the village life, participate in a ‘kaffemik’ or watch the drum dance. You have the opportunity to witness Greenlandic culture in all forms during our tours.

The story of the Greenlandic people

When visiting Greenland it’s obvious to prioritise the spectacular nature experiences which the country is known for, but if you want to complete the experience, take the time to immerse yourself in the very special culture.

Greenland's historical roots are an exciting mix of different peoples' adaptations to the extreme Arctic climate, which has always characterised the world's largest island in the struggle for survival.

Modern day Greenlanders' Eskimo ancestors, the Inuit, came to Greenland just over 1000 years ago. Prior to that, Greenland was populated over a period of about 4,500 years by waves of immigrants crossing from Canada.

Throughout Greenland you can find ruins and traces of these cultures: the Saqqaq culture, the Dorset culture, the Thule culture and the Norse. 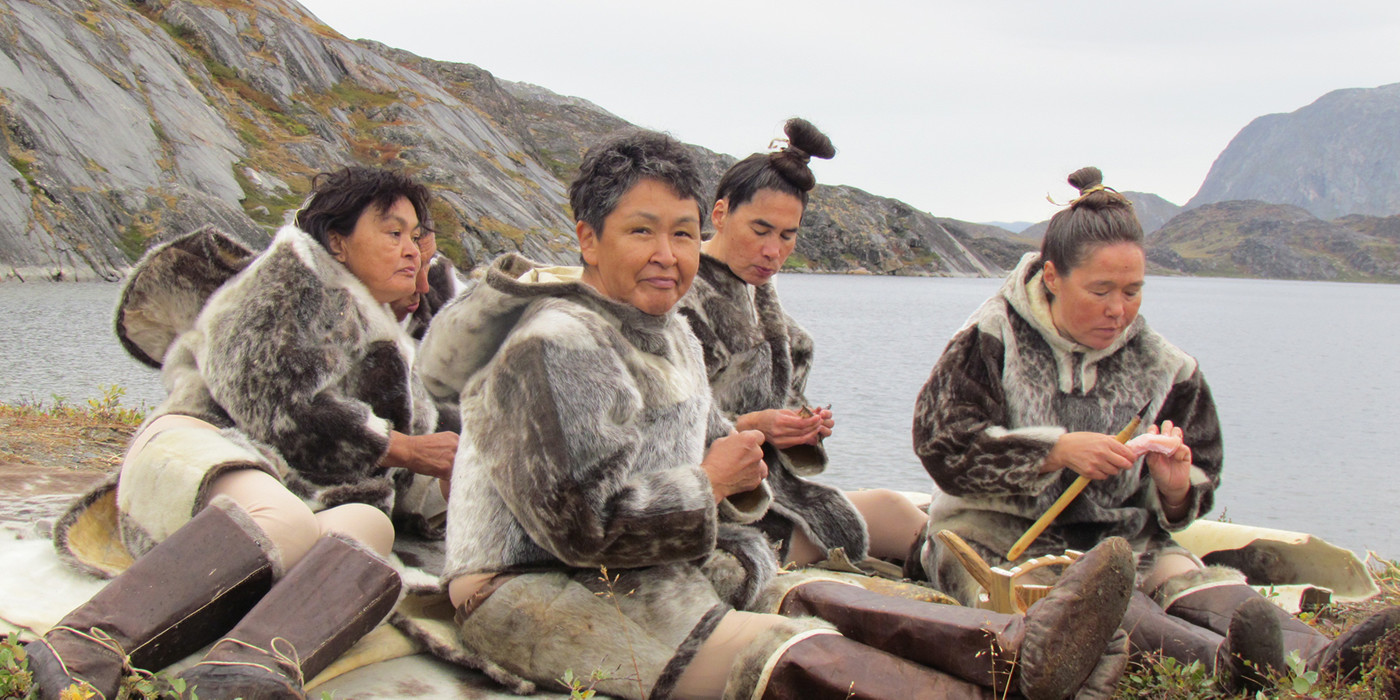 Where is the Culture Experienced?

Culture in Greenland is ubiquitous, so be open and seek out the welcoming and culturally diverse Greenlandic population.

If you have a particular interest in Norse history, South Greenland is an obvious destination. Here you will find ruins and remains from the Norse period.

In Ilulissat you’ll find the Danish polar researcher Knud Rasmussen's childhood home, today transformed into the city's museum. Here you`ll learn about Ilulissat`s history and the polar explorer's life. He contributed, among other things to the mapping of Greenland and became especially famous for the Thule expeditions across the inland ice.

On the outskirts of Ilulissat you’ll find historic sites from the Eskimo era in the old settlement Sermermiut. Here, the 3 main Inuit cultures chose this location for hunting and fishing, ever since the Saqqaq people, who migrated from North America to Greenland approx. 4,500 years ago.

A stay in Qasigiannguit gives you a unique insight into Greenlandic culture. In the town you’ll find an interesting museum of culture and history, which those interested in archaeology will enjoy. The museum is housed in one of Greenland's oldest wooden houses from 1734.

In Aasiaat you can visit the old town and city museum. Dating from 1860, the museum is preserved in the era of the former colonial administrator’s residence. Here you’ll find exhibitions from the colonial period and the cultural history of the area in general.

In addition, the renowned Danish artist Per Kirkeby lived for a number of years in Aasiaat. He gifted 24 significant paintings to the city, which today hang in the assembly hall. 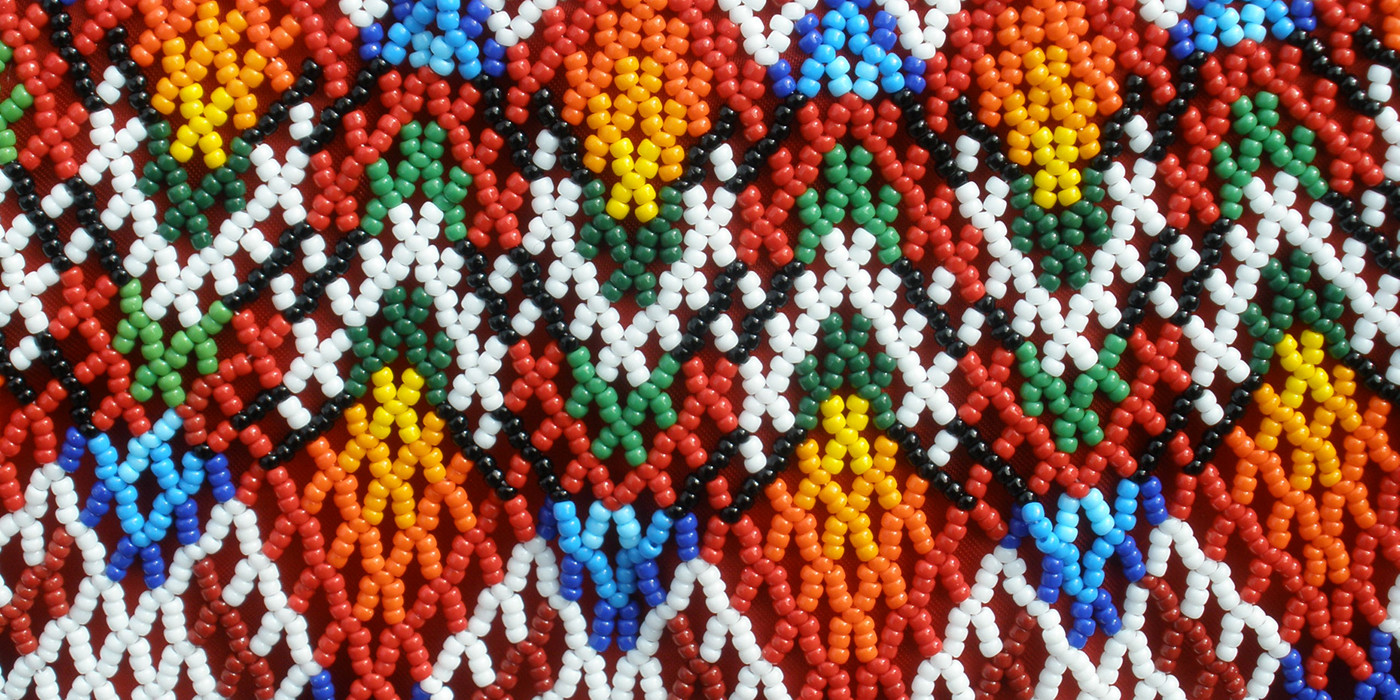 Traditional Greenlandic culture is built around fishing and hunting, but there is so much more to embrace. We recommend you explore some of the following cultural experiences: 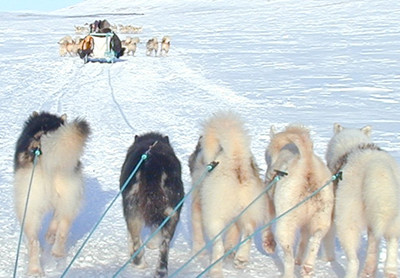 Sled dogs are in their element under the frosty sky, crackling snow and fluttering Aurora Borealis (Northern Lights) of the Greenlandic winter. With red cheeks and warm clothes, experience a typical day in Ilulissat during January, February or March. Overnight stay in Igloo Lodge. 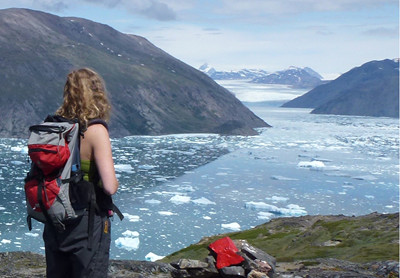 Greenland from South to North

This adventure takes you from lush and colourful South Greenland, to the impressive icebergs in the north. Experience the change of landscape on this 1,200 km long voyage along the west coast of Greenland, aboard the local ferry M/S Sarfaq Ittuk. 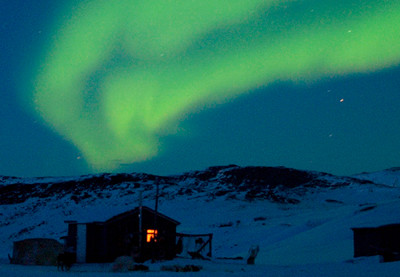 Autumn and Northern Lights in Greenland

You cannot help but be fascinated by the Northern Lights (Aurora Borealis) when the sky is filled with shafts or curtains of green, yellow, purple and red. You look up, afraid to blink, until your neck gets sore. 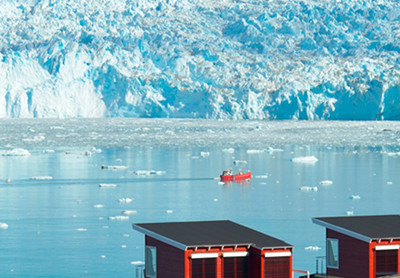 Unique Round Tour of Disko Bay

Join a special adventure featuring the famous UNESCO World Heritage Listed Ilulissat Icefjord. Experience the Disko Island with the high step mountains made of Basalt. Visit the calving glacier Eqip Sermia and have an over night stay at Glacier Lodge Eqi in the wilderness of Greenland